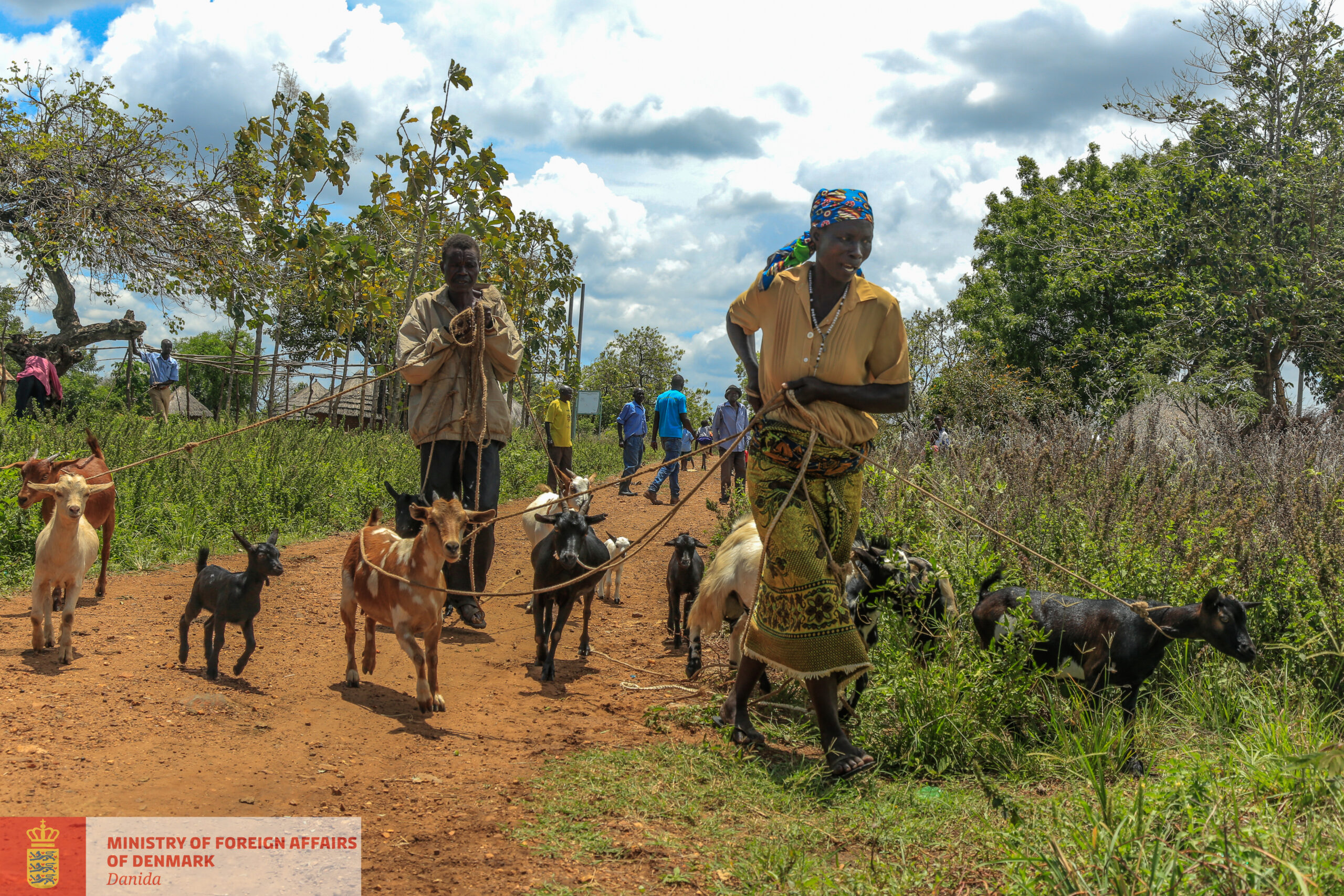 It was one sunny afternoon when members of Yoo kwo farmer group welcomed us with traditional songs of Alur in celebration of the group’s progress in farming; thanks to NURI. Yoo kwo farmer group is a new national farmer group selected to benefit from the NURI program in 2019. It is located in Ayila Village, Mukale Parish, Pakwach district. The group was founded by 21 community members (10 males and 11 females) in 2014. …. “the main aim of us coming into a group was saving while supporting our subsistence farming”.… narrated the group chairperson.

According to Dokoto Margaret, their start was a difficult one characterized by financial constraints, …… “our beginning was so rough, we faced a lot of challenges such as limited access to agricultural financing, limited access to market and poor agronomic practices and we used to market our produce individually” ……

In the year 2019, the group story changed after being selected to benefit in the NURI program. “The trainer from AFARD came and trained us on proper farming practices, followed by plans for our production and marketing and how to market our produce collectively,” noted the group chairperson. With the practical trainings received, the group planted 0.75 acres of cassava in their learning site (demonstration site) and harvested up to 1,350 kgs of cassava dry chips which earned them 810,000 Ugx.

When we got this huge amount of money in our hands, it seemed like a dream since that had never happened in our lives to receive millions in just months!

Following the achievement in 2019, the group increased their cassava demonstration plot for 2020 to 1.25 acres from which each group member obtained cuttings of about 1.5 bags for their individual production for the year 2021. Additionally, “our production and marketing committee (PMC) and trainer linked us to market the balance of the cuttings to AFARD and we sold 130 bags of cutting at 20,000 Ugx per bag which earned us a total of 2,600,000 Ugx” narrated the group treasurer. From the tubers, the group harvested, processed and obtained 3,164 kg of dry cassava chips which earned them additional 2,531,200 UGX.

“When we got this huge amount of money in our hands, it seemed like a dream since that had never happened in our lives to receive millions in just months!” narrated a very excited group member.

With the money, the group acquired a set of ox-plough and a pair of oxen at 320,000 Ugx and 1,100,000 Ugx respectively. “After seeing some of the nearby groups in our community being supported with ox-traction by different organizations, we had to prioritize ox-traction and this came to reality when we got the money from the sale of our cassava” narrated the group’s treasurer. Currently, the bulls are being trained with the support of the technical staff from AFARD.

After the ox-traction training, the members of the group are expected to increase their acreages under production and make earnings from the hire of the ox-traction service to group members and non-group members. Additionally, the group planned to procure goats for each member and currently 12 members have already received the goats.

The chairperson concluded; “as part of our 5-year plan, we also expect to acquire a milling machine for cassava, buy 5 heifers and share them through a revolving approach until all the members have one and add more sets of animal traction to meet our business goal”