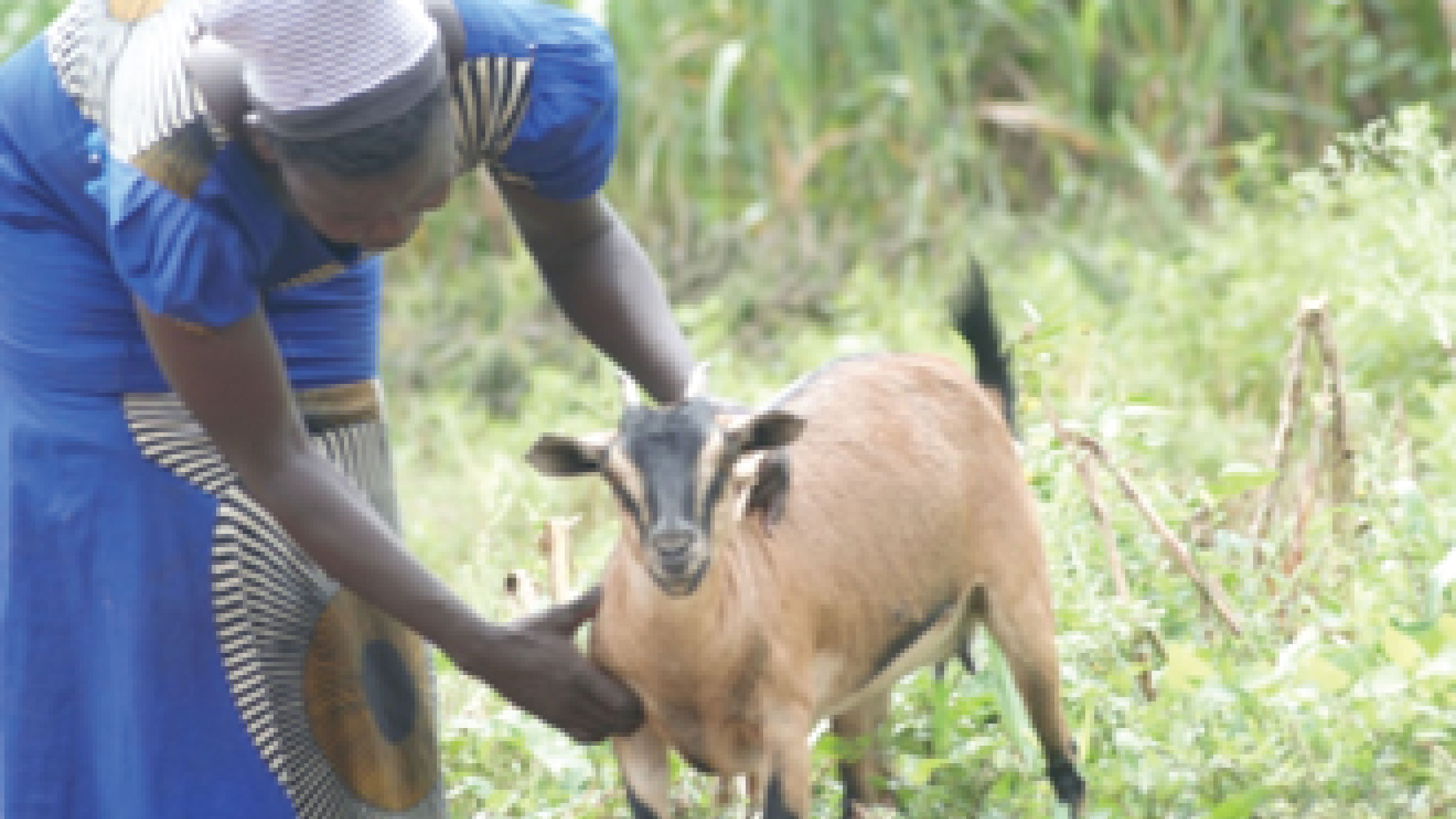 IMVEPPI: Groundnuts’ Production lifted up My Family, Thanks to ARUDIFA

In 2020, Yabu was enrolled in a mixed farmer group called Yeyejikoni FG after a trainer from Arua District Farmers’ Association (AruaDFA) came to their zone to sensitized them about the NURI CSA programme. “…I wasn’t sure what CSA meant but because I needed support, I joined the group….” Under NURI, mixed groups consist of both refugees and nationals as members. Yabu’s group was trained on different CSA practices at a demonstration site. “Our group selected groundnuts and maize for production….” It looked very labour intensive at first but according to Yabu, she insisted on attending all the training sessions in order to apply in her garden.

One of the biggest motivations for bringing together refugees and host communities in a mixed group is to promote interpersonal relationships, that would eventually aid sharing of property between members, regardless of their origin. This, Yabu said that a member of the hosting community in their group lent her 0.25acres of land in 2020B for production. “…I planted 15kgs of groundnuts, part of which I received from NURI (5kgs) and part from the demonstration garden (10kgs) …” Yabu’s 0.25acres yielded 100kgs of groundnuts after harvest, which she said, amazed her and fellow group members. “…This really amazed me. Even the maize which I planted as intercrop, I consumed in my household as vegetable…”

I planted 15kgs of groundnuts, part of which I received from NURI (5kgs) and part from the demonstration garden (10kgs)….

Yabu sold 75kgs of her groundnuts at 3,500 Ugx and received 262,500 Ugx. She used part of the money received to buy a nanny goat and a set of dry panels (pancake making stove) which serve both functions of making bread and pancakes. Yabu was lucky to have received training on Pancake making and business skills by another NGO. Yabu now rents out her dry panels bought from proceeds of groundnuts to community members at 10,000/= per day. “ I earn about 100,000/= per month from renting my panels.

Yabu believes that it’s the groundnut production that has propelled the growth in her pancake business which is now supporting her family. “…..In the cropping season of 2022, I have set aside 150,000 Ugx from my pancake business to hire 2 acres of land to cultivate groundnuts. I also have plans to acquire another set of dry panels and open a bigger bread and pancake shop to supply the community in Imvepi base camp and surrounding villages…,” a confident Yabu said.