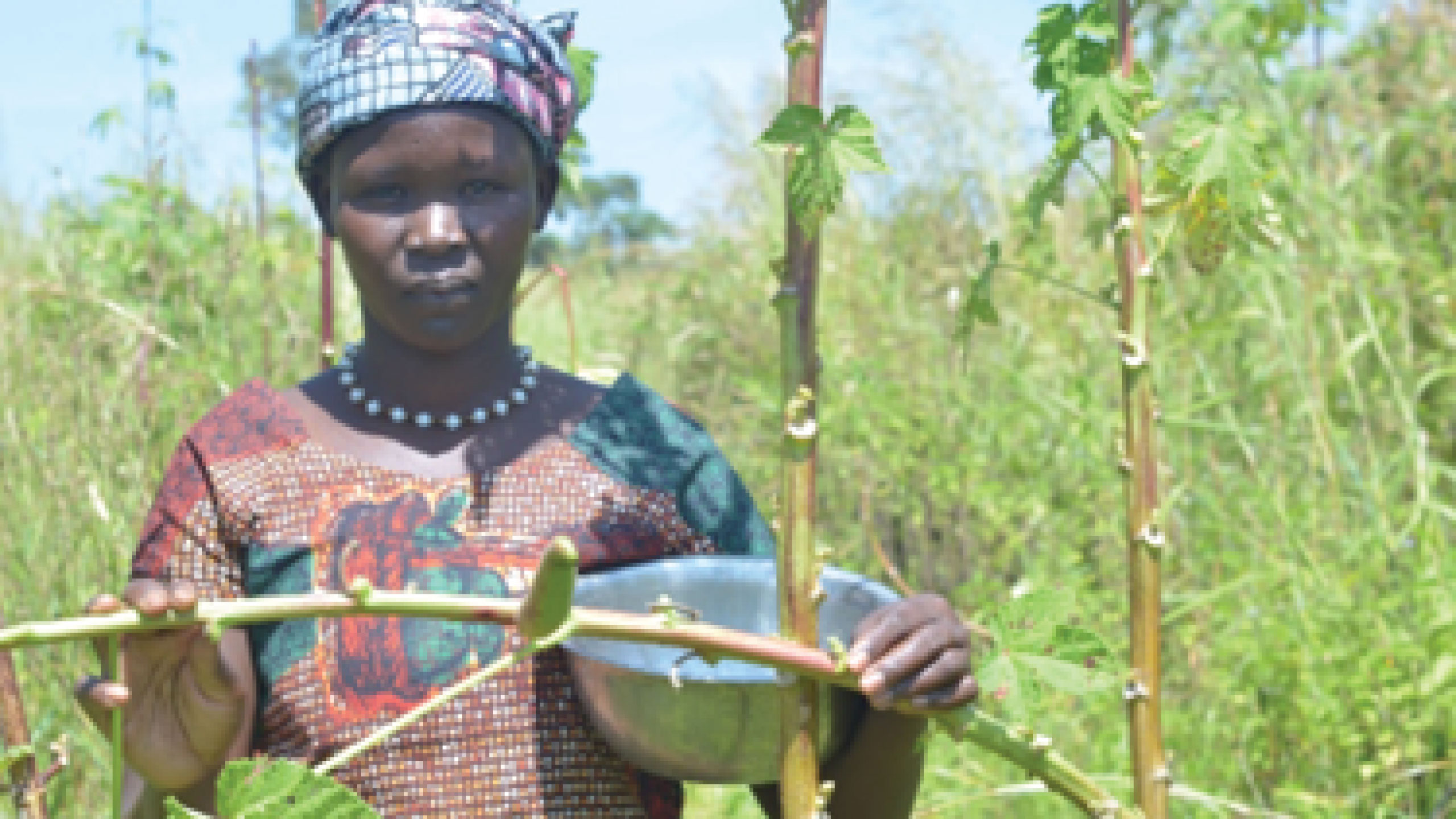 Marcelina Everistos is a South Sudanese refugee in Uganda. She trekked from South Sudan to Uganda in 2017 fleeing from armed conflict and famine in her country. She lost her husband during the process. She was settled in Zone 5A, Block 5C of Palabek refugee settlement. According to her narration, it took her six months to settle fully in the settlement. “When I first reached here in Palabek, life wasn’t exactly easy. The conditions were as bad as we had left in our country, except we were sure of no gun shots,” Marcelina said.

Marcelina was introduced to the NURI programme in 2019 by the leaders of Zone 5A. NURI through their leaders asked that they form groups that would be supported with agricultural training and production services. She willingly joined an only refugee women’s group called “Ngeyo Bedo” which in English means “Learn how to live with one another”. Unlike other agencies supporting the refugees at the settlement, NURI’s approach is different. NURI provided us with inputs/seeds, training and rigorous follow-up. I received vegetable seeds like Okra, tomatoes, egg plants and other crops like cassava and sweet potatoes which I planted. I attended the training fully and NURI staff advised me on how to plant my crops. This approach is very different from the rest of the NGOs who provide short trainings and don’t follow up adequately.

I applied CSA practices knowledge like weed control, pest management, mulching, pruning, staking and my vegetables yield was very good. I have been selling in the nearby market and getting at least UGX. 8,000/- in a day….

Marcelina reports that she wasn’t used to cultivation back home in South Sudan but she had to persist to provide food for her children little did she know that her persistence would pay-off. “I planted tomatoes and Okra in season B of 2021, I applied CSA practices knowledge like weed control, pest management, mulching, pruning, staking and my vegetables yield was very good. I have been selling in the nearby market and getting at least UGX. 8,000/- in a day”.  In total I earned between 500,000/= to 800,000/= from sale of tomatoes and okra last season. I managed to buy a solar system which I have been using to light my house and also charge peoples phones at a fee of 500/=. I also picked part of the money I earned to start-up a small produce buying and selling business which is picking up well. I am able to provide food on a daily basis to my children and meet their scholastic requirements”. All thanks to NURI!!

She plans to expand her production in 2022A to include sesame, cassava, sweet potatoes so to increase her earnings. Even if she is raising her children single handed, she believes she will manage because NURI has changed her wellbeing.