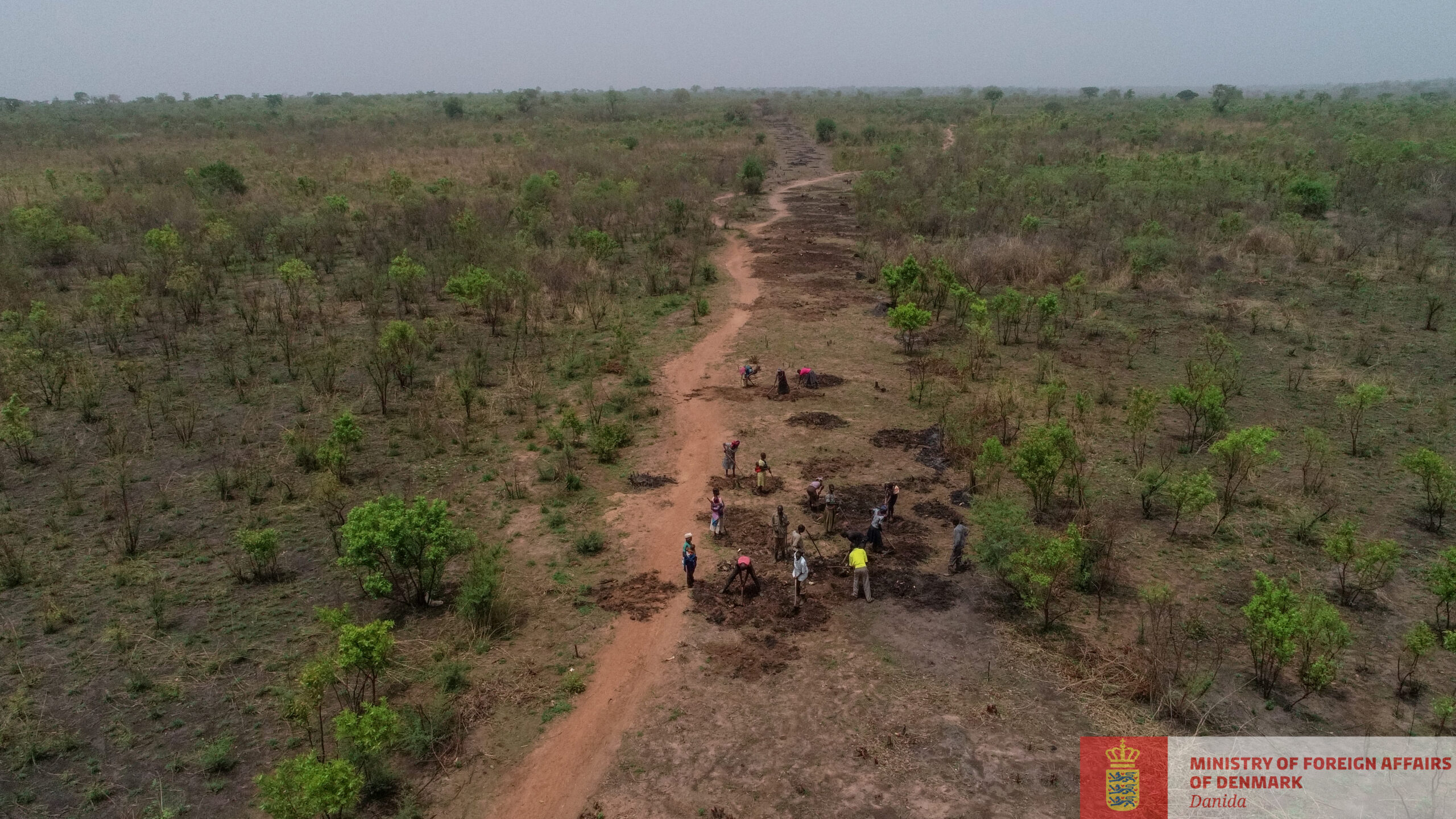 It was a bright morning when we visited the community along Jupubanya to Nyakagie road in Nebbi Subcounty. You could tell the happiness in the face of Ochibiri Gabriel as he stood in his rice plantation right behind the water pond adjacent to the road. Infront of the rice plantation is the busy Jupubanya to Nyakagie road connecting Nebbi to Paidha town in Zombo district constructed by DRC during the DAR 3 programme.

In 2017 during the DAR 3 programme support, the community prioritized this road to enable access to Paidha market and other social amenities along the road. According to Biyala Eric Roy the DRC team leader – Shelter and Infrastructure Nebbi, “the road was established using the labor-intensive approach of cash for work and handed over to the community in 2018”.

“Ever since its establishment, severe floods have been experienced in one portion of the road of about 1km which got destroyed making it totally impassable to road users especially during the rainy season” commented Biyala Eric Roy. Similarly, Ochibiri Gabriel a community member and one of the owners of the land noted that “when the road was constructed, we thought it was a relief for us since going to Paidha was going to be a few minutes ride compared to the Golli road. However, the floods damaged the road and, in a short time, it became impassable to motorists and pedestrians alike.”

these structures tend to reduce the speed of the water flow and wades it off thus reducing erosivity on the roads Ultimately, the road has been saved from the flooding and social and economic activities have resumed along the road

What happened to make the road usable again?

At the start of implementation of the NURI programme in 2019, the Community had already reprioritized the Jupubanya to Nyakagie road for rehabilitation by installing culverts since all hopes to easily access Paidha which is a major market for both Nebbi and Zombo relied on it. Therefore, “the coming of NURI was like a blessing and Jupubanya to Nyakagie road was selected among the number of the projects under the RI implemented by DRC” noted the team leader.

In the rehabilitation of this road, a new paradigm was used to increase the resilience of the road called Resilience Design approach. In so doing, mitta drains (road drain offs) integrated with gulley plugs were constructed to divert the road run off into a structure called bioswale (which is a trench constructed on contour) that directed the runoff water through farmer fields finally into a water pond. According to Albert (DRC Infrastructure Assistant), “these structures tend to reduce the speed of the water flow and wades it off thus reducing erosivity on the roads”. Ultimately, the road has been saved from the flooding and social and economic activities have resumed along the road.

But what could be more interesting?

According to the land owner Ochibiri Gabriel, “the bioswales and water pond has helped recharge our borehole (behind the bioswale), my farming has improved because I grow my crops throughout the year since the soils are well hydrated and livestock around the community come to drink water from the pond”. Additionally, the water pond has offered more benefits to the communities as it draws towards the dry season, some community members are using the water for brick laying, domestic purpose (washing clothes and utensils), and some fish fingerlings have been introduced by a local politician.

How has this project instilled a sense of community ownership?

Adoption of the Resilience Design techniques has been observed in the community with one Grace who constructed some bioswales around her homestead directing water behind her backyard. According to Grace, “I harvested huge bunches of bananas that I have never seen before and thanks to knowledge DRC gave us under the NURI Rural Infrastructure programme”. Additionally, there is community responsiveness towards the ownership of the establishment. “The introduction of fish fingerlings in the pond as well as farming of rice, bananas and vegetables around the water pond and bioswales has increased food and physical security of the water pond and we shall jealously protect the project” commented Ochibiri.