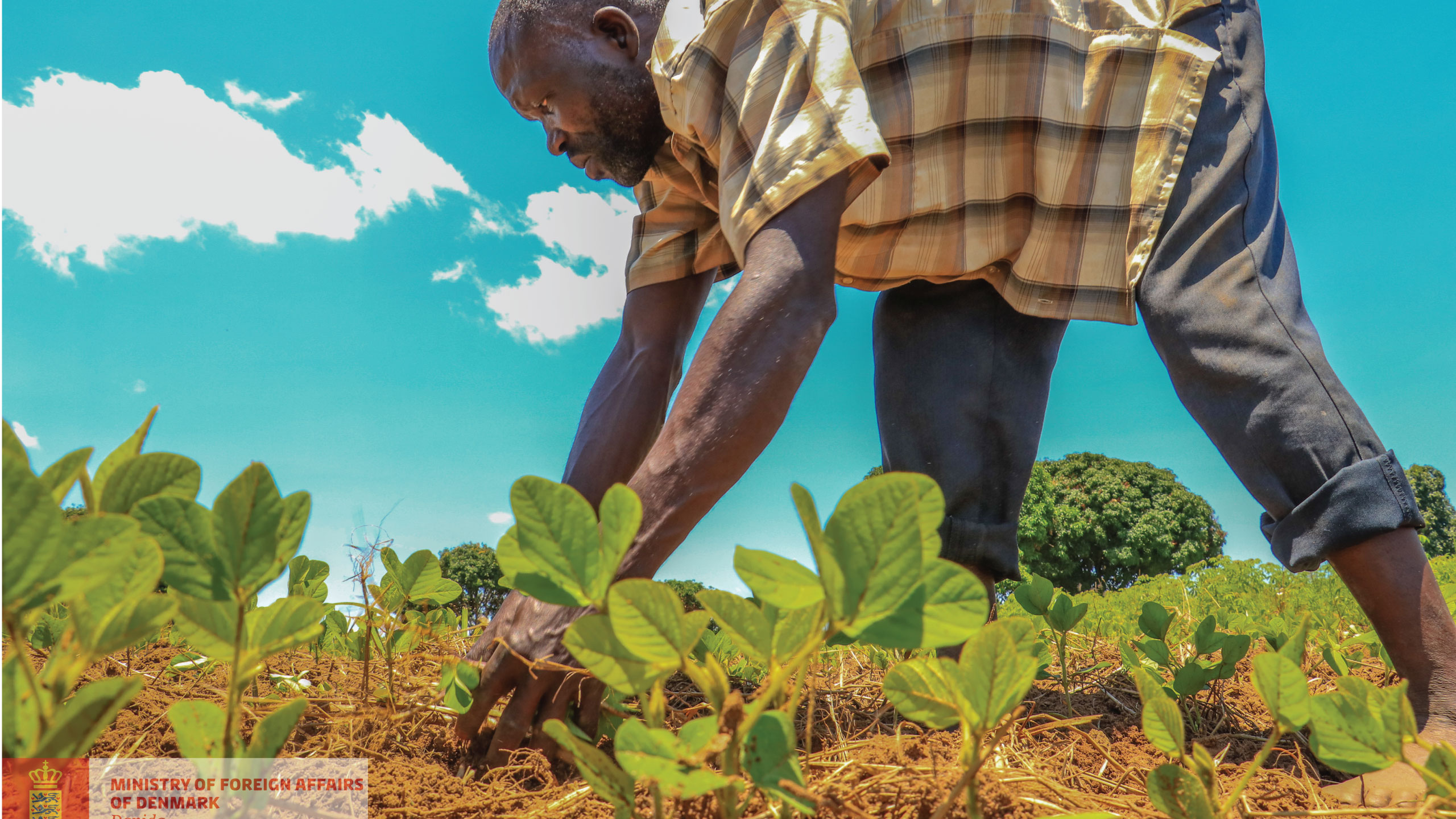 OCITTI JOHN: From a School Dropout, to an Adventurous Business Farmer.

Meet Ocitti John, a 22-year-old youth, and a member of Tii Pi Kwoni farmer group in Akelikongo village, Pangira Parish, Lokung Sub County. In 2018, Ocitti dropped out of secondary school following the death of his father. The high ambitions of a young man who had hoped to become a medical doctor suddenly grew thin. Ocitti, became a full-time subsistence farmer at a young age of 18. This, Ocitti said was to support her already weakened mother in providing for a relatively large family of 8 children who depended solely on farm foods.

To supplement on their family income, Ocitti started a Boda-Boda business. In this venture, Ocitti would hire motorcycles from their owners on daily basis. Although there wasn’t enough income from the venture, as he had to spend a lot of money on motorbike hires, to some extent, Ocitti believed that it reduced the burden of looking for food by already an aging widow, who had become financially weak. “….As the eldest son, I felt it was my responsibility to look after my siblings…,” Ocitti said. Boda-Boda business is one of the most sought-after businesses by youths in rural areas, but Ocitti acknowledges that, it is not as lucrative as most youth think it is, especially if you are hiring bikes. His only hope was that one day, favour would turn to him and make him find a sustainable venture including buying his own motorbike for his new found venture.

According to Ocitti, there could have been no year better than 2019. “….my friend convinced me to join Tii Pi Kwoni farmer group and I didn’t hesitate….,” he said. The group located in Ocitti’s village was engaged in communal farming and as well as local money saving scheme – VSLA. This, Ocitti thought would diversify his income sources over the period.

Fortunately, our group was taken up for support by Resilience Agricultural Unit (RAU) in Lamwo. Our group was taken through several processes including enterprise selection, garden preparation, seed planting and management….

Ocitti’s first year of farming with the group was characterized by inadequate knowledge about the constantly changing weather patterns as well as limited access to improved seeds and extension services. “……our farmers employed our traditional ways of farming…,” he said. Ocitti also added that the 2019 weather pattern was even more confusing. This led to very low yields for farmers.

So how did joining Tii Pi Kwoni Farmer Group help Ocitti? In 2020, Resilient Agriculture Unit (RAU), Kitgum/Lamwo staff through the local/sub-county leaders approached Ocitti’s group to assess them for support in the NURI programme. Fortunately, the assessment result favoured support to the group. Ocitti’s group, just like any other group that was selected for support was taken through the process of enterprise selection. “…. our group chose soybean as a priority crop….,” Tii Pi Kwoni group was taken through different trainings in Climate Smart Agriculture during a demonstration establishment process by NURI extensionist.

To Ocitti, these training sessions were very practical and interesting. He decided to adopt them instantly. “…I borrowed some money from our savings scheme and bought soybean seeds…” The seeds Ocitti bought was enough for 1.5 acres. After employing the knowledge, he received during the trainings, Ocitti’s garden yielded 740Kgs of soybean which he sold at UGX 1,000/- each Kgs. “….my first-year income was UGX 700,000/- because I sold 700kgs…,” Ocitti noted. Ocitti used part of his income for bricklaying while he saved some for another season of production.

During the first planting season of 2021, Ocitti was able to plant two acres of soybean. And continued to apply all the necessary CSA practices on his garden. In the end, he harvested 956kgs of soybean grains. This brought Ocitti’s farming goal closer to being achieved. The selling price of soybean was at its highest, at UGX. 3,000/- per Kg. “…I earned UGX. 2,868,000/-….”

Ocitti used UGX. 2,000,000/- to buy a second-hand motorcycle to support his Boda-Boda business venture. In December, Ocitti continued to pursue his vision of constructing a commercial house and laid another set of bricks, and plan to start construction of his house later in January 2022. He also hopes to expand the acreage under cultivation with the support of the group members and NURI and as well diversifies his farm enterprises and has so far tried sunflower farming.

Ocitti achieved his dream of owning a motor cycle for his Boda-Boda business and continues to pursue his long-term dream of being a commercial farmer owning a commercial house. He is very grateful for NURI intervention in the areas of training, timely extension services, VSLA support and market linkages and requests other farmers to use this golden opportunity well to transform their livelihood.