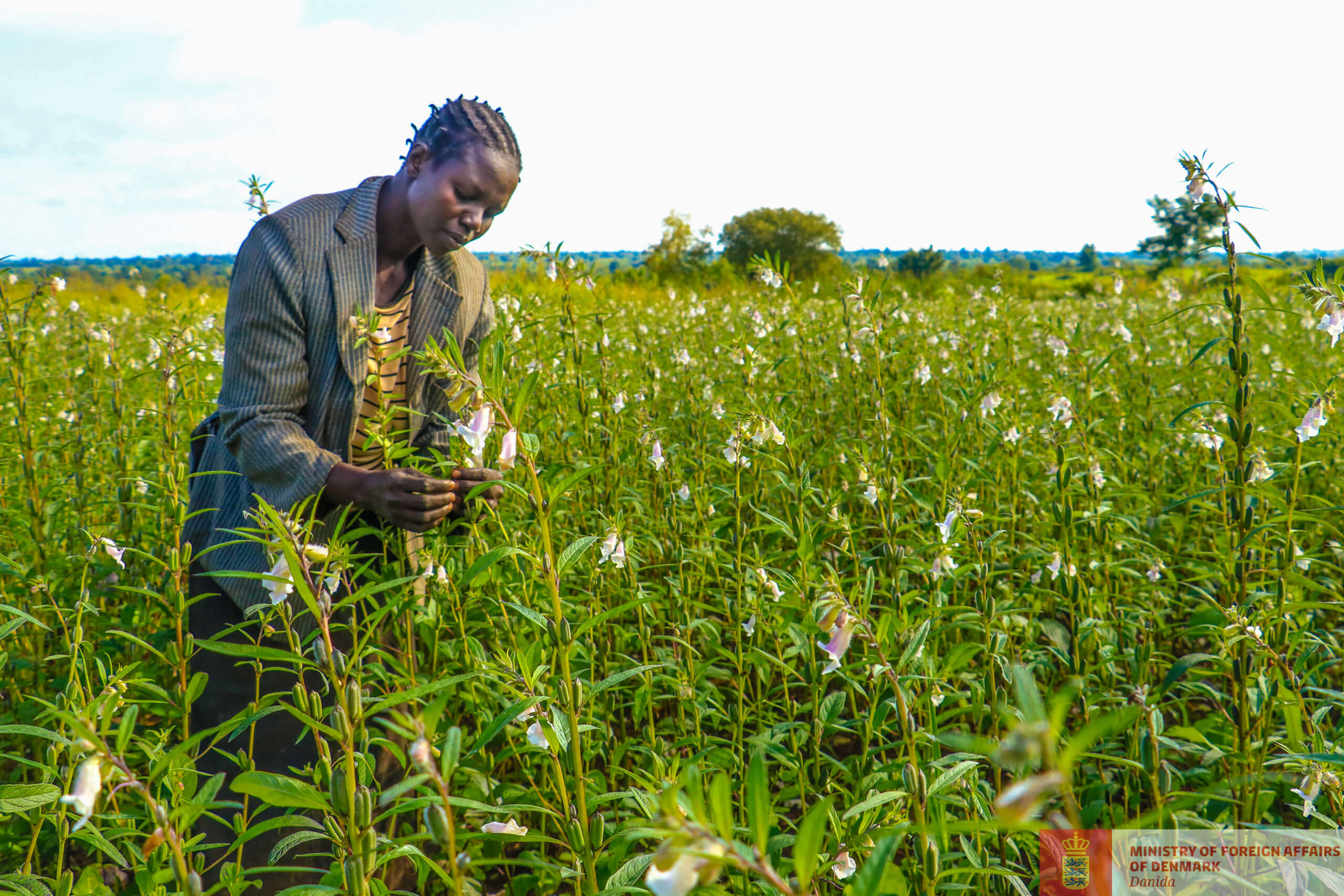 From Farming to VSLA & back to Farming: A Tale of David Okeny’s Unexpected Progress.

In all the years of his life, Okeny could only dream of one day making a living out of farming. This is because in his community, several farmers; including himself became even more disadvantaged every time they engaged in commercial farming activities. The cost of hiring ox-plough is very high in Okeny’s village let alone the waiting queue that is most times long hence making it hard for him and other farmers to access the service and failure to catch up with the planting season. Traditional subsistence farming was what he had hoped to do for the rest of his life.

But what could have happened better in Okeny’s farming life than the NURI programme? In 2019, Gang Ber Ki Woro farmer group which Okeny subscribes to, was assessed and selected for support in Climate Smart Agriculture under the NURI programme and his thinking changed. “From the first day that the NURI extension staff talked to us, I thought maybe I could use this opportunity to learn new farming skills that would enable me to increase my production and thus save money to buy an ox-plough”, Okeny said. Buying an ox-plough according to Okeny, would be capacitating him to open large gardens and as well make extra income through hiring it out to other farmers.

I thought to myself, 168,000/- is not enough to get me what I want and I have another year to reach my goal. What if I saved this money in VSLA to allow me borrow more?.

While in 2019 Okeny focused on learning CSA in the group’s demonstration field, in 2020 he opened and planted 1 acre of sesame which was significantly affected by heavy rain during the year. Okeny only harvested 80kgs of sesame which he sold for 168,000/- at 2,100/- per Kg. This money, was not enough to purchase an ox-plough according to Okeny. Luckily enough, Gang Ber Ki Woro, Okeny’s group was also selected for support in VSLA in the NURI programme and Okeny saved all the money in his VSLA group. “I thought to myself, 168,000/- is not enough to get me what I want and I have another year to reach my goal. What if I saved this money in VSLA to allow me borrow more?”, an overexcited Okeny expressed.

After saving 168,000/- in the VSLA, Okeny was able to borrow 250,000/- which was adequate enough for him to acquire an ox-plough at the beginning of this year 2021. Ever since acquiring his own ox-plough, Okeny has not backed down. “I have opened and planted 2 acres of sesame this year and I hope to harvest at least 4 bags from this garden”, Okeny said. Other than this, Okeny also opened 4 other acres in which he planted maize, millet and varieties vegetables. “This is the year I have opened the highest number of acres of land”, Okeny added.

But what next? Okeny intends to use the money from his sesame sale this year to procure an ox to make even better his farming life before he can embark on bigger plans for his family. The over joyous farmer could only express gratitude for how much NURI programme has impacted on him. “I will forever be grateful”, he lamented.