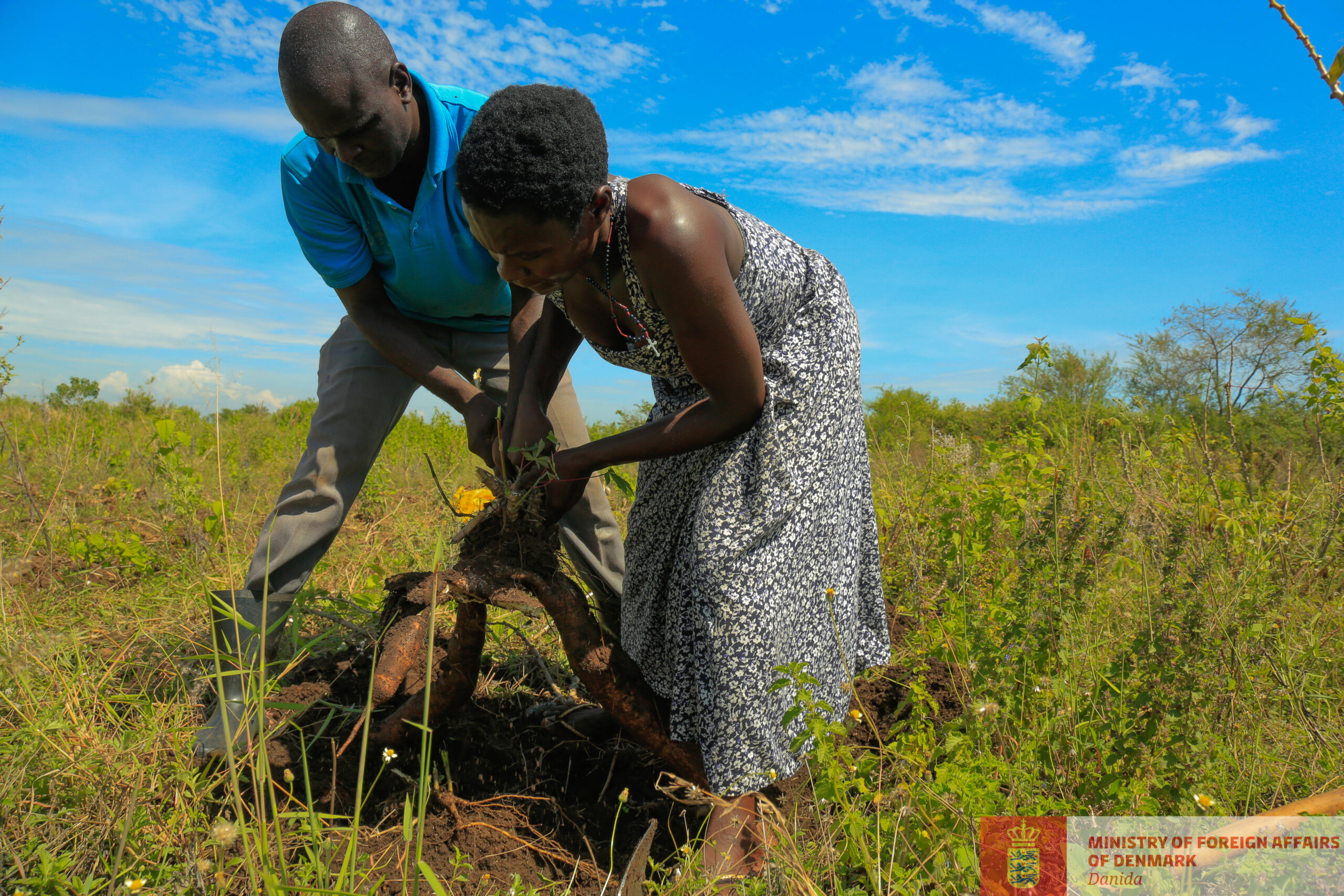 Florence Olama: “With Persistence, I now have a Life, Thanks to NURI”.

Before joining our group, “I used our traditional farming methods of broadcasting sesame seeds mixed with sorghum or maize on my small piece of land for my household consumption”, said Florence.  The farming she was practicing was not making sense to her since she wasn’t getting money at the same time. In dejection, Florence narrated how she could be harvesting one or two basins in a season. “…. these reasons influenced me to join Dikiriber farmer group in 2014 after realizing that I couldn’t do much on my own,” Florence added.

In 2015, her life started changing when her group was selected for support by AFARD under DAR3 program. After being taken through enterprise selection training, we chose sesame as our strategic crop, she explained. The Extension Officer by then took us through series of trainings which included good agronomic practices (GAPs) of sesame and other crops, post-harvest handling (PHH), collective marketing and VSLA among others which opened my eyes on embracing Farming as a business Florence added”.

I have already planted 6 acres of cassava (NAROCASS 1 variety) which I plan to market collectively with my group members since the group has set 1 acre of cassava garden as a target for all its members.

In 2019, Florence’s groups were reselected among the 50 old national farmer groups in Pakwach district to benefit in the NURI programme and were taken through a number of different trainings to build on what they had been trained on under the previous DAR 3 program. “We received series of trainings that included development of realistic production and marketing plans, Climate Smart Agriculture (CSA), Resilience design, Post-Harvest Handling (PHH), Collective Marketing” quoted Ms. Florence.

With the learnings obtained from the various CSA trainings in the NURI programme, I chose to diversify my farming. Florence received support from the Agricultural officer on cassava production, she managed to secure NAROCASS 1 cassava cuttings on from her savings from the group VSLA and planted an acre. ……”on the advice of the Agricultural Extension Officer, I planted the cassava garden for multiplication of cuttings for the coming year”, added Florence.

In 2020, Florence harvested cassava cuttings from her multiplication garden and obtained 286 bags of NAROCASS 1 cuttings. Out of the cuttings she replanted 2 acres of cassava garden on a hired land. “I sold the remaining 270 bags of cuttings to AFARD and from the tubers, I processed dry chips which earned me 2,600,000 Ugx. and 500,000 Ugx. respectively. Florence bought 2 acres of land, 3 nanny goats, and started construction of a semi-permanent house and supported her school going children.

Based on my production plans for 2021, “I have already planted 6 acres of cassava (NAROCASS 1 variety) which I plan to market collectively with my group members since the group has set 1 acre of cassava garden as a target for all its members”. We hope to achieve marketing collectively since our group established a store through a co-funding drive supported by NURI programme narrated Florence.

“My plan is to earn a total of 8, 500,000 Ugx. from the sale of both my cuttings and dry chips which I intend to finish up the construction of my semi-permanent house as well as acquire 2 more acres of land and purchase 1 cow”.  Through the social support, “I hope to achieve my dream” Florence concluded.