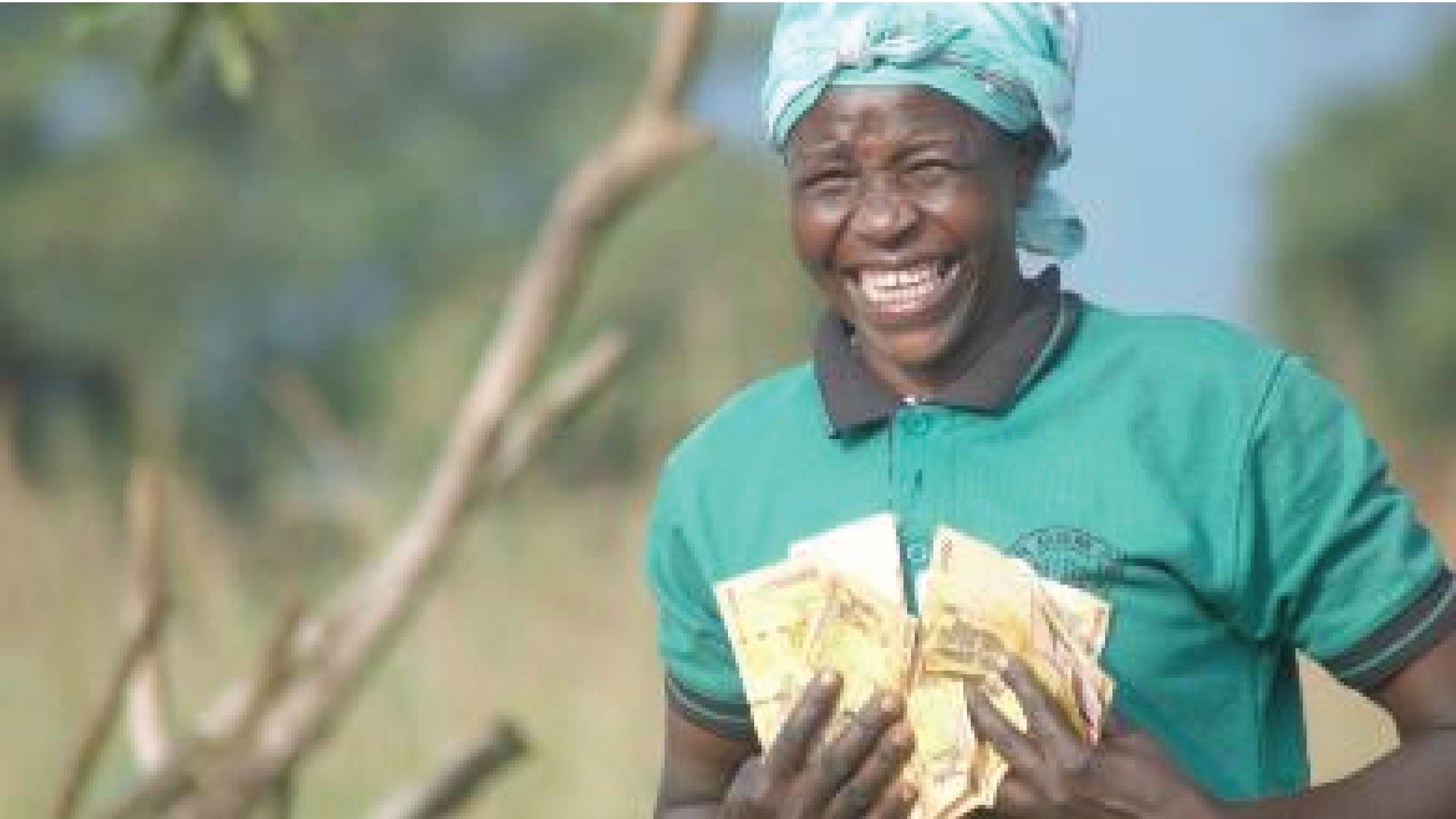 AYAA JANE, A Single Mother whose Life was was Turned Around by Soybean Production.

The weather is cool, the wind is calm, and it is Agago district. The beautiful view of a small mountain known as “Oret Hill, or simply Kalongo hill” welcomes us. Even then, there are still more reasons to smile. The excitement on our faces is heightened more by the beautiful singing voices of members of a local community group called Amaro Rwot Women Group.

Amaro Rwot women group is a women focused community group being supported by Resilience Agriculture Unit (RAU) Agago under the NURI programme. This group that is located in Wol sub-county, Agago district joined NURI programme in 2019 and has been excelling in soybean production over the short period. Ayaa Jane, a single grandmother narrated her story of success with too much excitement. “…This is pure gold…”, an excited Ayaa said. I got 1.7 million shillings already, can you believe it? She continued.

Amaro Rwot women group had been in existence for 3 years before 2019. However, one fateful day, a strange man on a big motorbike approached Ayaa’s group through the Wol sub-county officials and before they knew it, they could not hold their excitement at being selected for support by a Development Programme for the first time in their lifetime. NURI had come in to their life.

“The trainings we had during demonstration establishment were labour intensive, and I thought to myself, how would I manage this with my age?” Ayaa wondered. However, as the group chairperson, she needed to lead by example. During enterprise selection, Amaro Rwot group chose soybean, a crop they had never cultivated before. “Our trainer was hands-on”, Ayaa commented. From field preparation, second ploughing through to planting and weeding, Ayaa and her team had a chance to learn new practices. Just like in every new exploration, you wouldn’t expect much, Ayaa did not know how this would turn out either. “2019 was our first year and it was the first time we were involved in soybean cultivation” Ayaa said. She couldn’t plant in her own garden and neither could the rest of the group members for varying reasons, which included; lack of seeds and fear to try out something new.

The group demonstration garden yielded 242 Kgs. “…we were all amazed by the high yields…” Several members developed interests in soybean cultivation and climate smart method of farming. This prompted the group member to raise a total of UGX. 700,000/- which they used to buy extra bags of seeds through a NURI field staff. These two bags added on to the 242kgs proceeds from the demo, were distributed amongst members of the group. Ayaa, just like other members of the group received 13kgs of soybean seeds. This; Ayaa added to another 40kgs she bought by herself, which in 2020, she planted in her 2 acres of land.

I employed almost all the CSA practices we were trained in, I also used all approaches possible, including timely planting, weeding and harvesting….

Ayaa emphasized that she followed every single training and employed all the basic practices in her garden. It was her yield that shocked the community the most. Ayaa’s garden yielded 840 Kgs of soybean, higher than the average proceeds from the demonstration fields. “I sold part of the produce for a total of UGX. 800,000/- and immediately bought 2 heifers,” a posing Ayaa said. Instantly, Ayaa thought she found a gold mine in farming. She immediately planted what remained of her harvest in the subsequent season in which she again harvested 3 bags. In as much as Ayaa believes that her second harvest were not as good as the first, the marketing price was fair enough. She sold her produce for UGX. 900,000/-

Ayaa who could only dream of one day ‘sleeping in an ‘iron-sheet-roofed’ house is now believing. She said that she invested a small part of her income in laying bricks and the most in buying iron sheets. I want to build a house, Ayaa said. She argued that she would build a standard 2-bedroom house in her village in the coming year with proceeds from soybean production. Ayaa is greatly indebted to NURI and wishes that such projects should not stop in their village only.