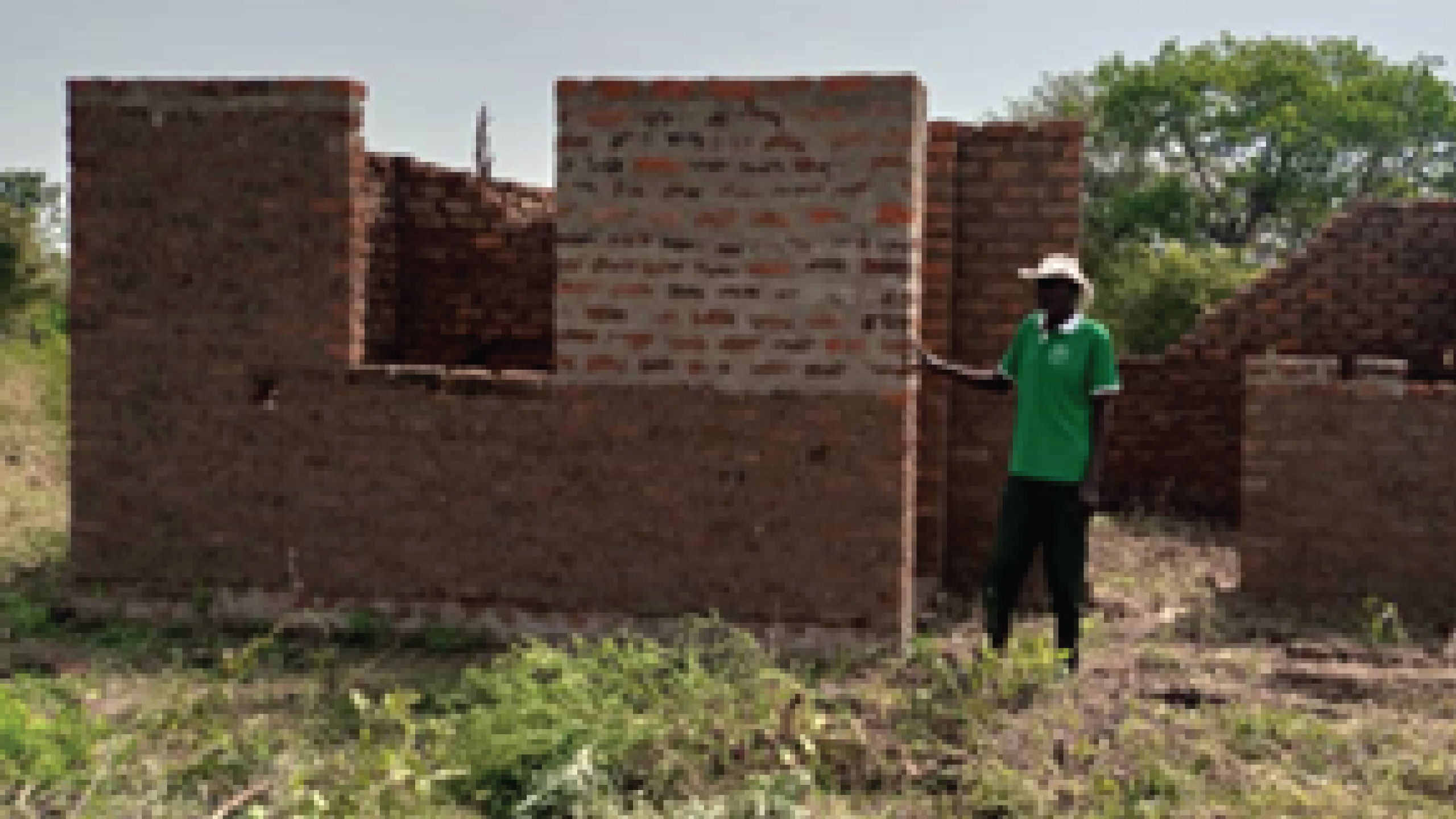 ADJUMANI: Soybean, the Seed of Gold for Drandua Mohammed Adui.

On a bright Monday morning, we visited Drandua Muhammed’s home. No sooner had we reached, than a smartly dressed Drandua appeared. In a black suit and a hat, with a glittering face full of joy, Drandua sat down and narrated his story of success. “…. Thank you NURI, thank you NURI….”, he constantly said.

Drandua is a 67-year-old, and yet still very energetic member of Nyamari Farmer Group located in Oninyara village, Obilokong Parish, Adropi Subcounty, Adjumani District. Nyamari Farmer Groups was founded in 2008 with the aim of benefiting from the government programme (NAADs). Over the years, the group has been getting support but nothing tangible was seen until 2020.

What was his situation before the NURI intervention?

Drandua had myriad of production challenges which he attributed to limited knowledge in farming and marketing. “…..My farming was characterized by poor planning and middlemen has been taking advantage of and cheating me during marketing of my produce….” Drandua had limited knowledge on better farming and mentioned severally that he broadcasted his seeds during planting, bought produce from the local market as seed which were susceptible to pests and diseases, and his production challenges were exacerbated by the poor management of his produce by drying on the ground thus affecting the quality of the soybean grains.

My farming was characterized by poor planning and middlemen has been taking advantage of and cheating me during marketing of my produce….

Nyamari Farmer Group was selected for support in 2019, under the NURI programme. According to Drandua, the group chairperson, they (group members) were introduced to a range of enterprises from which, they selected soybean to be supported in. After that, series of trainings that were practically demonstrated in the group plot followed. In the year 2020, NURI brought for us 15kgs of soybean seeds for learning purposes in a demonstration site. The demo was successful and I received 35Kgs from the proceeds to plant in my individual garden.

What is even more interesting: With the income from soybean grains, Drandua established a three roomed semi-permanent house that he has already raised to beam level. “….I also repaid the 500,000 Ugx loan I had borrowed from their VSLA to support my second season production….” However, it does not stop there, the earnings has also helped Drandua to increase on his savings in their group VSLA which currently stands at 1,400,000 Ugx.

Future plan: In the plans of Drandua, first on the priority list is to procure a tri-cycle motorcycle for transportation of farm outputs since he spends hefty on transport hire. Additionally, Drandua also wishes to procure a soybean threshing machine that would support the processing of his high-quality soybean grain. He envisions himself to be the main soybean seed producer and supplier in Adjumani District and to achieve that he has a plan to set aside 30 acres 10 acres for his soybean production.